Why don´t I feel healthy & fit? Years of suffering from these symptoms may be rooted in your teeth 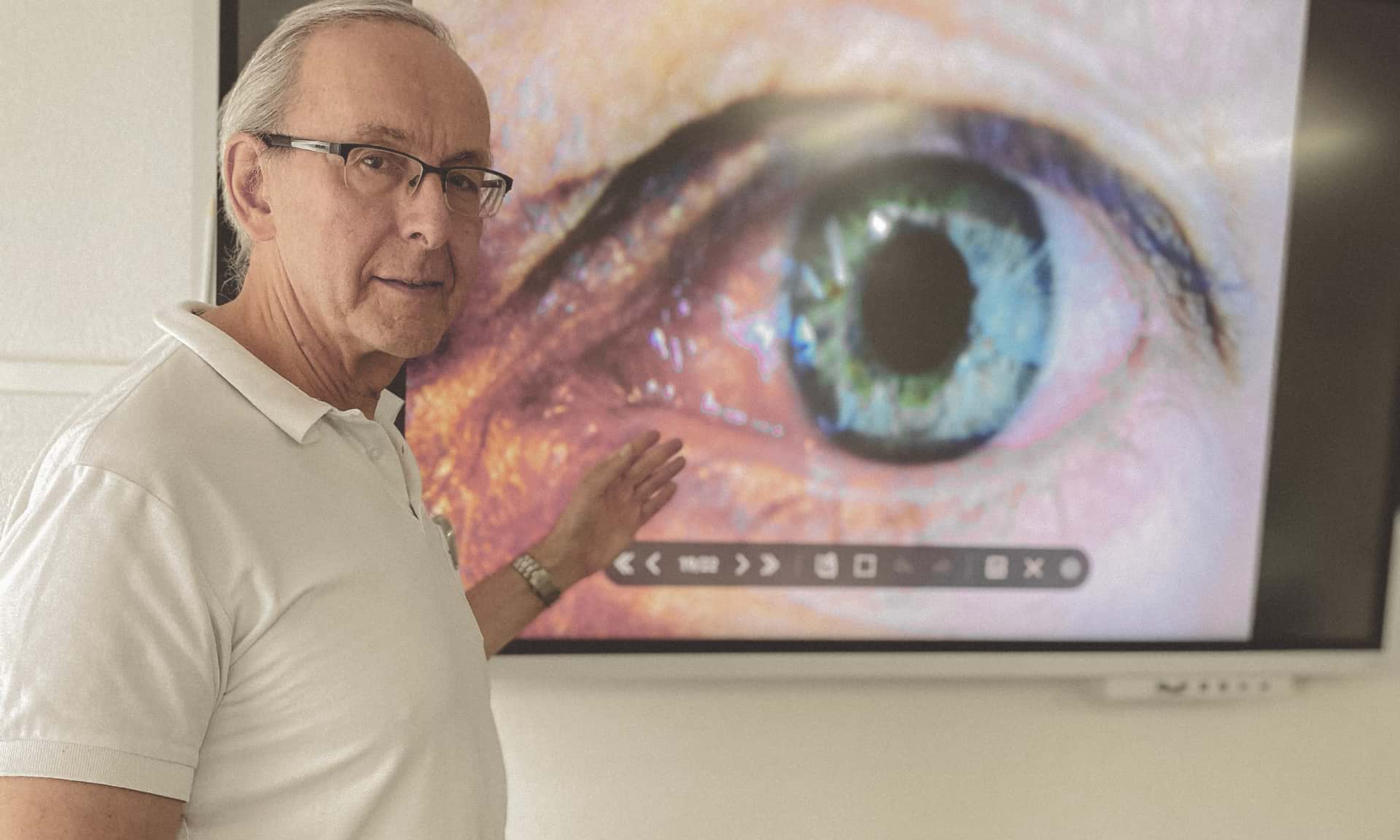 id you ever experience something blocking you from living your best life? Could be a cardiovascular disease, a stroke, chronic fatigue or depression? Have you ever visited one doctor after another, got prescriptions for medication and tried different therapies? Meanwhile the real causes of the illness remained unidentified and the suffering was only alleviated but not completely resolved? Maybe you’ve even wondered, "What’s wrong with me?” Or “Why the hell did that doctor suggest that anxiety, the “knot” in the stomach and increased breathing rate might be some psychosomatic symptoms?

Many people do not know that taking care of their teeth is not only important for a charming smile, but also for overall health and wellbeing. Teeth roots can be the actual root cause of years of seemingly inexplicable suffering, especially when the dead tooth becomes the source of inflammation.

Death lies in the mouth - indeed, it’s quite a bold statement, and not without a bold justification. Let’s take a closer look why teeth are so important to our health and wellbeing. There are two main sources of oral toxicity:

Amalgam and mercury: To what extent are our teeth responsible for chronic suffering?

The most important toxin from the heavy metals table is mercury vapour from amalgam. Amalgam filling consists of 50% mercury, which with every bite of food and every swallow continues to enter the body and can lead to chronic poisoning. Mercury from amalgam fillings gets stored in the body in the gastrointestinal tract, kidneys, liver, heart muscles, gums and jaws, uterus, brain and nerve cells.

Possible symptoms and consequences of mercury toxicity in the body

·      Depression and anxiety, even suicidal thoughts

·      Unfulfilled desire to have children

Mercury binds to cell surfaces and body proteins (enzymes, hormones), hinders their function and changes the surface structure. Thus, autoimmune diseases can develop because the immune system considers its own body tissue to be ‘alien’ and attacks it.

A common consequence of poisoning is cardiac arrhythmia because mercury accumulates in the heart muscles. It prevents the transport of oxygen via the red blood cells, which leads to chronic fatigue and exhaustion.

Mercury displaces trace elements such as zinc and selenium from enzymes and hormones, which can lead to metabolic disorders. It can damage parts of the so-called RNA and DNA (genetic information) and promote tumour formation.

It can pass through the so-called blood-brain barrier and blood-placenta barrier into the brain and uterus. Both ‘barriers’ are special protective barriers of the body for these important organs. In the brain and the central nervous system, mercury destroys the protective covering of nerve fibers and leads to so-called irritant conduction disorders. The consequences can be memory problems, lack of concentration and mental disorders.

Mercury that has accumulated in the uterus is transferred from the mother to the embryo and can already cause symptoms of poisoning in new-borns. A frequent consequence of mercury poisoning is infertility, whereby the desire to give birth to a child remains unfulfilled. Pregnant women are often advised to reduce tuna consumption to a maximum of once a week, as it contains a relatively high amount of mercury. Beneficial to pregnant women on the other side is fitness.

Amalgam fillings aside: What are other sources and symptoms of heavy metal poisoning?

Nothing to explain here really. Don´t consume smog on a regular basis.

Heavy metals are hidden especially in paints and varnishes, which are then applied to toys.

Among other things, the tobacco plant extracts heavy metals from the soil, which are released when the cigarette is lit and inhaled by smokers, as well as passive smokers.

Poorer quality protein powders of animal origin may contain heavy metals, including lead and mercury. The reason for this is that the animals themselves ingest heavy metals through their food and environment.

Water from a spring

This is less the case in Switzerland, but the water can be contaminated by heavy metals as a result of mining operations in the area.

Periodontal diseases and infected teeth: Possible consequences of toxic substances in the mouth

In periodontal diseases, the best researched toxic substances are the reactive thiol compounds (e.g. hydrogen sulphide (H2S) and methanthiol (CH3SH)), in which the short-chain homologues in particular smell nasty and have a toxic effect on the central nervous system. Scientific publications point to periodontal diseases as a major risk factor for apoplexy (stroke), cardiovascular diseases, low birth weight and other systematic diseases. Dementia has been investigated in a long-term study in connection with oral hygiene:

If you brush your teeth well, the risk of getting dementia later in life is smaller. In an American study 5500 elderly people recorded their tooth brushing habits for 18 years. Those who brushed their teeth less than once a day had a 65% higher risk of developing dementia. In addition, people with Alzheimer's have more periodontal disease bacteria in their brains, which can lead to inflammation and brain damage. In the brain and central nervous system, mercury destroys the protective covering of nerve fibres and leads to so-called conduction disorders. As a result, memory problems, lack of concentration and mental disorders may occur.

Oral hygiene and consequences in case of a lack of it

In addition to the stress caused by the release of heavy metals, other consequences of a lack of oral hygiene include digestive disorders caused by poor chewing ability, bacterial spread through the bloodstream, secretion of toxins by disease-causing bacteria and allergies caused by incompatible substances. Root-dead teeth influence the microflora and lead to an imbalance of microflora. Among other things, it has been found that a changed composition of the gut bacteria is associated with depression. The more than 100 trillion microorganisms in the gut influence our overall well-being to a large extent and the microflora is involved in almost all, if not all, biological processes. In fact, it is in contact with the brain through neurotransmitters, hormones and proteins: hence, they influence how we feel. There is substantial evidence that the imbalance of microflora can lead to mental illness.

The gut is not only "attacked" by the root-dead teeth, but also by heavy metal poisoning: the mercury released from amalgam fillings are absorbed directly by the gastrointestinal tract and thus reach the spleen and thymus. The heavy metals such as mercury and lead can easily pass the blood-brain barrier and accumulate in the brain tissue, which, as research suggests, might prevent the absorption of medication.

But are teeth really to blame for chronic suffering?

Although there are patient cases where a clear link between the condition of the teeth and the disease has been established, the issue is still a controversial one. Why is it controversial to consider root-dead teeth as The Root Cause, thus the possibly main source of chronic inflammation and the diseases mentioned earlier?

On the one hand, there are doctors who diagnose diseases and recommend drugs and therapies but who are not responsible for the teeth. On the other hand, there are dentists who take care of the oral hygiene, teeth maintenance and esthetics but not beyond. So far, however, it is rather rare that the two areas are used in combination and therefore, root-dead teeth in connection with diseases are still a "no man's land."

Dr. John van Limburg Stirum, who has specialized in internal medicine, recognized this interconnection early on and today works closely with dentists. For him, teeth play a significant role in the development and so in treatment of chronic diseases. It is good that this discussion has finally started in the medical community.

If you’d like to learn more about oral hygiene, the invisible toxicity and its impact on overall health and wellbeing, join our panel discussion with Dr. med. John van Limburg Stirum, Founder and Medical Director of Seegarten Clinic. It's also a place to ask your specific questions and engage into a debate.

For 25 years, Dr. med. John van Limburg Stirum and his team have been preventing, alleviating and curing chronic inflammatory diseases caused by changes in the oral cavity, e.g. cardiovascular diseases, heart attacks, thromboses, embolisms, headaches, pneumonia and sinusitis, prostatitis, rheumatism and polyarthritis. Some patients suffered from cardiovascular diseases or depression for a long time and treatments with regular medication did not work. Only after old dental treatments had been corrected did the health state of the patient radically improve. It is highly advisable therefore to visit a dentist in case of a chronic disease.

On September 24th we welcome Dr. van Limburg at our live event in Zurich. He will illustrate patient cases from his practice and the connections between diseases and teeth and how to escape "death in the mouth". All this over a glass of wine, because life cannot be taken too seriously. An insightful soirée not to be missed.

We look forward to extending this conversation with you on Thursday, the 24th of September.

The "Dark Ages" vs. Biomedical Testing (The Amen Clinics Method)

Anxiety? Depression? Is Your Microbiome to Blame?

Gut microbiome and depression: what we know and what we need to know

Adverse effects of metals on the gut flora 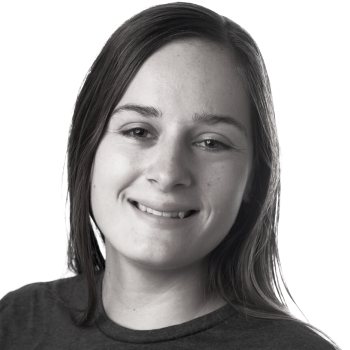 Hi, I'm Larissa, a communications and politics student. I love to burn energy by biking, swimming and dancing at music concerts. I'm exploring different diets and lifestyles and am a vivid urban gardener. Currently not a coffee drinker! Make yourself a cup of tea and enjoy my articles.

Hi, I'm Larissa, a communications and politics student. I love to burn energy by biking, swimming and dancing at music concerts. I'm exploring different diets and lifestyles and am a vivid urban gardener. Currently not a coffee drinker! Make yourself a cup of tea and enjoy my articles.

As the saying goes, opposites attract. This is also true for my fitness routine, specifically for my yoga practice and weekly strength training. Even though yoga and strength training don't have much in common at first glance, from my experience they complement each other extremely well. If you ever found yourself on a yoga mat trying to feel and look good doing asanas, then you will recognize yourself in my story. Maybe you will even get inspired to pair your yoga routine with strength training!