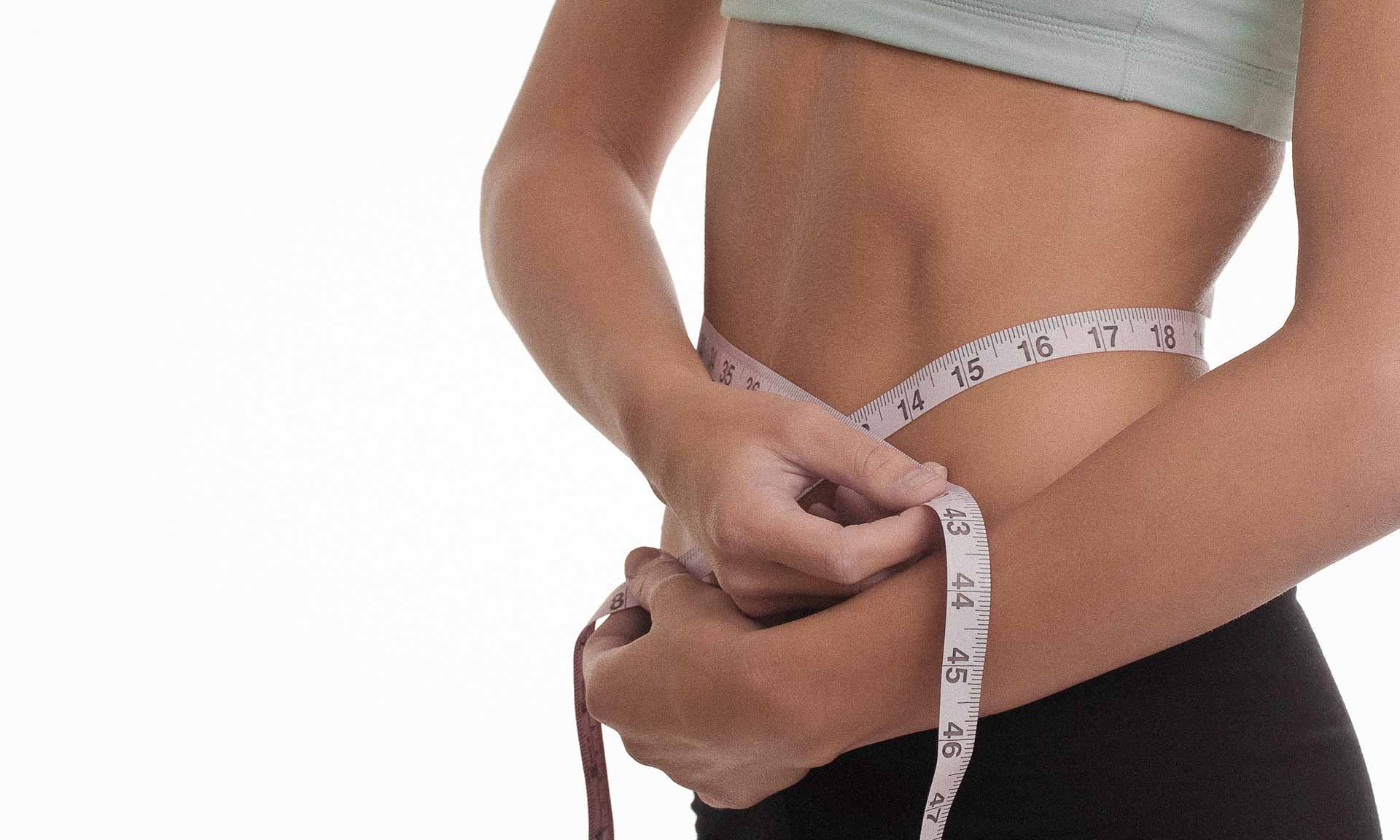 There are many influencing factors that have an impact on fat loss, among them, of course, nutrition in particular. However, this article focuses solely on the effects of high-intensity (HIT) strength training on fat loss and why this form of strength training is the best sporting activity to lose fat.

Losing fat can often be difficult. Often the diet is adjusted and you still do not lose the fat mass that you wanted. The change in diet alone is often not enough to achieve the genetically optimal body fat ratio. With the right nutrition and the right training, the body regulates the feeling of hunger via the hormone leptin in such a way that the genetically ideal body fat ratio is achieved. And here we should clear up a myth right away: body fat is not bad, but healthy. Only if you are well above your genetically intended body fat percentage there will be negative health effects. However, the same is true if you have too little body fat.

‍Strength training according to the HIT method has three main advantages that affect the loss of body fat...

More muscle mass leads to an increased metabolic rate in the body and burns more calories during the day. And without doing anything for it.

Muscles are metabolically active tissue, which means that every kilogram of muscle mass burns at least 35 calories a day. Even if you are not doing any physical work. Any loss of muscle mass that occurs as you get older (sarcopenia) leads to a lower energy requirement and thus to a lower calorie burning rate at rest. Without proper strength training - to counteract muscle loss - resting metabolic rate decreases by about two to five percent per decade. And this starts after the age of 25. (1)

A study by Tufts University, which enrolled male and female seniors in a twelve-week strength training program for beginners, resulted in an average increase of 1.8 kg of muscle mass and a loss of 1.8 kg of body fat. The resting metabolic rate increased on average by 7 percent, which corresponds to an additional 108 calories burned per day (2). On the other hand, an additional kilogram of fat only consumes 4 calories per day. This clearly shows why it is so important and so helpful to increase your muscle mass and especially maintain it for old age.

Training forms with low intensity levels such as jogging are not suitable for building muscle mass. If you only carry out such training forms, there is even a loss of muscle mass. And this, in turn, makes it much easier for us to gain fat. And this is where a dangerous vicious cycle begins.

2. INCREASED CALORIE CONSUMPTION THROUGH THE HIT STRENGTH TRAINING ITSELF

In strength training, calories are burned not only during training, but also after training, and significantly more than during training. Because the body has to replenish the empty energy reserves and repair the damaged tissue. A potent stimulus from HIT strength training damages the muscle tissue. The damaged muscle tissue is repaired and additional muscle tissue is built up. A correct training stimulus causes the body to generate 300 to 500 grams of additional tissue over a period of at least 5-7 days. For this, the body needs enough energy and also enough recovery time.

Strength training empties the glycogen stores of the muscles, whereupon glucose is transported from the blood into the muscle. This point is a process that takes place almost completely regardless of the calorie intake in both directions. Therefore, it is practically impossible for an obese person on a low-calorie diet to lose body fat if they do not exercise at a high intensity and reduce the consumption of processed carbohydrates at the same time. We take a closer look at the reason for this in the following section.

Most people still mistakenly assume that low-intensity exercise such as jogging is essential for burning fat and burning more fat than high-intensity workouts. In fact, no form of training burns a lot of fat. A person weighing 68kg burns an average of 100 kcal per 1.6km regardless of whether he walks this route or runs quickly. Since a pound of body fat consists of 3'500 calories, you would have to walk an impressive 56km to burn a pound of body fat. Although a low-intensity training approach burns about as many calories as HIT strength training, HIT strength training creates something that is of central importance for fat burning and what low-intensity training is unable to achieve. The enzyme hormone sensitive lipase is activated. The hormone-sensitive lipase mainly reacts to the hormones insulin and adrenaline. If the cell's glycogen stores are emptied during a high-intensity workout, adrenaline is released. The released adrenaline stimulates a a so called reinforcement cascade and activates the hormone-sensitive lipase, which releases fatty acids from the fat cells so that the fat is broken down overall.

In the presence of insulin, the hormone-sensitive lipase is blocked, and with it the mobilization of fatty acids from the adipose tissue. People occasionally need a very high muscular effort, otherwise the glycogen stores in the muscles will not empty to a sufficient extent. If large amounts of highly processed carbohydrates (without any fibers) are also consumed, far too much glucose is produced, which can then no longer be stored in the muscles. In addition, the muscles are already full because too few glycolytic fibers are activated. As a result, glucose accumulates in the blood, causing the level of insulin in the blood to rise. Since the glucose no longer gets into the muscle cells, the receptors on the cell surfaces become insensitive to insulin. In response, the body produces more insulin and has to deal with large amounts of glucose and insulin. The glucose is transported further to the liver, where it binds to fatty acids due to the high level of insulin (triacylglycerol). All further carbohydrates are now stored exclusively as fat. While the muscle cells are already insulin resistant, the fat cells (adipocytes) remain sensitive to insulin for a long time. The triacylglycerol now reaches the fat cells, where it is converted into triglycerides and ultimately stored as body fat. This process can best be averted by physical activity that is intense enough to use the higher-order fibers (Fast Twitch), which have the largest glycogen stores. As previously described, this causes the release of adrenaline. Glycogen is stored in the muscle for an emergency. Practically on site in the muscle to survive emergency situations such as attack and flight. And it is precisely high-intensity training that creates such situations better than any other form of physical activity. 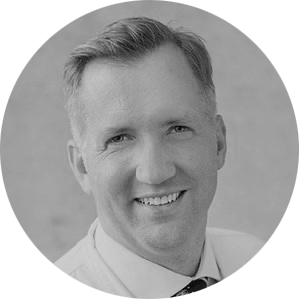 Hi, I am a guest contributor & scientific advisor for the post-injury rehabilitation at AURUM. I specialize in orthopaedic surgery and traumatology with a focus on knee and shoulder surgery & sport traumatology. I hope you enjoy my articles. Feel free to get in touch with me for a consultation or second opinion.

Hi, I am a guest contributor & scientific advisor for the post-injury rehabilitation at AURUM. I specialize in orthopaedic surgery and traumatology with a focus on knee and shoulder surgery & sport traumatology. I hope you enjoy my articles. Feel free to get in touch with me for a consultation or second opinion.

Why diets don't work and a personal nutrition strategy does. An interview with nutrition expert Nilan from betteryou

Who really wants to try a "Brigitte sauerkraut diet" that relies on 1200 kcal a day to lose 2 kilos? Hopefully no one. Because diets cause stress, even unhappiness, are difficult to adhere to and do not bring long-term success. Meanwhile a nutrition strategy does, especially if it is developed personally for you on the basis of your body analysis. We observe that 90% of clients make outstanding progress with smart nutritional adjustments combined with the 6-Minute Workout and they are able to stick to their self-imposed regime. Why do diets fail and, in contrast, nutritional strategies based on individual body analysis lead to long-term success?